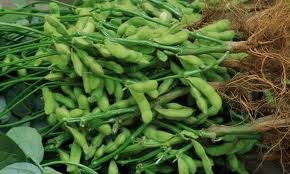 The company which produces frozen vegetables such as edamame, mukimame, edatski, and okra soybean plans to add bean in order to meet the export demand to Japan starting commencing from September 2014.

According to him, the company has conducted research on bean plant development in the last one year, including exploring bean market in several countries.

“Japan has high demand on healthy food. Japanese market has even seen our bean. According to them, our product hygiene meets their very high standard,” he said in an official statement, Wednesday (8/6/2014).

At the first phase of bean development research, Mitratani has harvested more than 80 tons of beans which were directly sold to Japan.

At present, Mitratani currently has 22 major partners in Japan which regularly buy the company’s products in high quantity.

The partners consist of processed food producers, retail modern distributors, and food suppliers for fancy hotels and restaurants in Japan.