Modern Agriculture is Killing Humanity, Here is the Cure 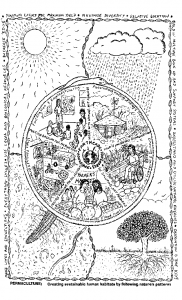 Modern Agriculture is Killing Humanity, Here is the Cure

The consensus in anthropology used to be that cities were possible because of agriculture, however this consensus is now shifting. Evidence has been found which indicates that cultures began to create idols out of certain people, deities, animals, etc. and started to construct monuments to these idols for worship. The sheer number of people needed to build these giant monuments had to be sustained somehow; their numbers eventually proved too large to forage and they also needed large housing capabilities in small areas as well. With this increased population, they started building cities and in trying to feed these densely inhabited cities, so began agriculture.

The evidence that led anthropology and archaeology to this shift in consensus was the discovery of Göbekli Tepe, an immense structural endeavor that happened to pre-date any known evidence of agriculture by at least 1000 years.

Modern agriculture is basically the process of mining the land for nutrients.

When the nutrients are depleted, more land must be mined for fertilizer to provide an external chemical input to the already depleted land. Moreover, modern farming alienates wilderness or worse, treats it as its enemy. Instead of integrating with the wild, wilderness is kept out chemically and industrially. Even the cultivation of some organic agriculture separates itself from wilderness through clear cutting and monocultures.

The consolidation and control of humanity’s spirituality by religious elites into these monolithic institutions has now manifested into giant metropolises, huge swaths of monoculture, and societies that maintain and defend mundane materialistic ideologies, instead of what actually sustains them, the earth. The majority of cultures around the world have domesticated themselves, broken their wild spirits and detached themselves from their earthen roots. We have been witnessing, for some time, an unfortunate and inevitable truism of an agriculturally based society. And that truism is, a culture that holds themselves separate from what is “wild” will inevitably destroy wilderness as agricultural farming basically becomes the process of turning ecosystems into people.

Before you jump to conclusions and think that this article is advocating for humanity to give up all technology and return to the jungle or the need to reduce the human population, it is not. However, we must be honest with ourselves about how we got to where we are before we can begin to progress further. Over the last ten thousand years we can trace many of the major societal ailments to trying to fix problems created by an agricultural society. A common myth is that agriculture helped to prevent famine, but if you look at history, the largest prevalence of famines occurred between the 15th and the 20th centuries among societies based in agriculture.

As the food surplus increased, mainly from grains, so did the need to protect it and to control it. This gave rise to larger and more controlled hierarchies which in turn led to populations of individuals handing over their sovereignty for the ostensible security of centrally planned economies. Unfortunately the inevitable consequence of such economic practices leads to large systems being built to extract wealth from the labor of the masses in order to extend the control of those who claim to uphold the system. The extraction of wealth coupled with the ‘portability’ of agricultural societies led to conquest; after all, as long as you can clear land via destruction of an ecosystem, you can grow crops. These unsustainable and violent models are riddled throughout history. As much as some people would like to deny it, we currently find ourselves within one of these very models today.

A civilization based on agriculture ultimately makes nature the enemy.

So what is the solution? Should we all renounce civilization and burn down our houses and move into what little wilderness that is left on the planet? Not at all. Agriculture has given humanity some invaluable tools. I would be a hypocrite if I didn’t acknowledge the fact that the only reason I even know about permaculture is because of the amazing and near infinite technological bounds of information exchange, specifically the internet. Humans have flourished over the last 10,000 years, the problem is that we do not have another 10,000 years, so something has to change.

The solution is in supporting and cultivating nature while simultaneously supporting ourselves. This is not some radical new design, although it may seem that way to some. The freest people ever known throughout history have lived in accord with these principles. Unfortunately most of them have been exterminated through a system of conquest and empire based in agriculture. Instead of eliminating the ecosystem to create another system that requires chemical inputs, labor intensive inputs, hierarchical organizations, and resource depletion, a system is created that nurtures and sustains itself called sustainable horticulture or permaculture.

Permaculture is based on observing nature, seeing the abundance, and restoring the surplus created by this abundance to maintain the system. There are 3 ethics of permaculture, care for the earth, care for people, and returning the surplus. Permaculture can be as simple as collecting rainwater to water native food plants in your backyard. It can also be on the level of rooftop gardens in New York City using aquaponics to sustain year round and diverse crops that feed millions. The beauty of permaculture is that it has no limits as long as we maintain care for the earth, people, and return any surplus back into the system. 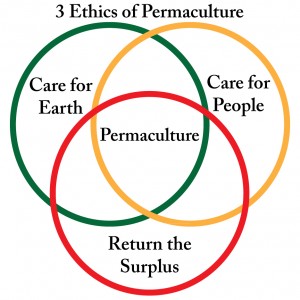 Projects are popping up all over that are based in permaculture. From community gardens, to entire food forests; humanity is slowly regaining the one thing that ultimately supports all other aspects of our lives, and that is food. Once enough people realize that REAL sustainability stems not from conquest, exploitation, and central authority, but from ecosystems analysis, observation, and ingenuity, we may once again experience true freedom and enlightenment as a society.