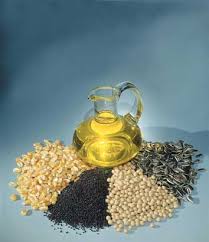 Hamburg-based Oil World said on Tuesday it has retained its forecast that Brazil will harvest 81.0 million tonnes of soyabeans in early 2013, up from 66.8 million tonnes harvested in early 2012. Bad weather has disrupted Argentine soyabean sowings in recent weeks but planting conditions were better in Brazil, it said. “Although soyabeans can be planted until January in several areas (of Argentina) and although some of the intended corn area will be switched to soyabeans, it is still possible that total soyabean plantings will turn out below the intentions of 19.7 million hectares,” it said.(https://www.agribusiness.com.pk/).

“Also, later plantings will result in lower yields.” Argentina’s Rosario grains exchange on Friday also forecast the Argentine soyabean harvest in early 2013 at 53 million tonnes. The US Department of Agriculture on December 11 forecast the Argentine crop at 55.0 million tonnes. Soyabean prices hit record highs in September as drought ravaged the US crop, then later fell back as the US harvest turned out larger than expected and big South American output may relieve world supplies in early 2013. But soyabean prices have been rising again on firm demand.

Oil World stressed that global soyabean stocks are declining and a good South American soyabean crop will be critical to meet global demand in 2013 as heavy sales from the United States continue. “The South American uncertainties are likely to keep soyabean prices supported in the near to medium term, as long as the uncertainties persist,” Oil World said. “But if the weather improves and South American soyabean production comes close to current estimates – up by 32 million tonnes from early 2012 – soyabean prices should ease, pulling down soyameal prices as well.”