Olive to be cultivated on 3,750 acres land: PARC 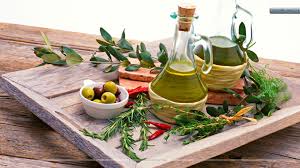 Olive to be cultivated on 3,750 acres land: PARC

Through the olive plantation, 1,300 acres marginal land has been brought under olive cultivation and further 3,750 acres will be utilised in three years.

In addition to this, Pakistan Agriculture Research Council (PARC) has been conducting surveys all across the country to identify further land for olive cultivation, it was told in a meeting held at PAEC on Friday.
The meeting was further informed that the Federal Project Management Unit (FPMU) achieved olive plantation targets for the first year. Punjab component has completed olive plantation at and area of 251 acres, Khyber Pakhtunkhwa at an area of 335.5 acres and 100 acres in FATA. Balochistan component has also completed plantation at an are of 215 acres.
The meeting was organised by PARC in which it was informed that currently the country is importing olive oil worth of over $3.3 million annually.
“The government is giving top priority to the olive cultivation as it can help the country to produce a big amount of olive oil,” Ministry of National Food Security Secretary Seerat Asghar said while presiding over the meeting.
He said that there are certain areas including fisheries, livestock and horticulture, which have been neglected for long time.
He said in horticulture sector, the conventional crops are not yielding high return to the growers.
“Therefore instead of sticking to the conventional crops, we should shift out focuses to other crops like olive, pistachio and almond, that give high yield,” Asghar added.
The secretary said that in Pakistan most of the areas are suitable for olive cultivation and its plant does not need much water, fertilizer and pesticide.
“Moreover the product has very high price and olive crop has certain distinctive advantages over other conventional horticulture crops,” he added.
The meeting was further informed that the Potohar region of Punjab, FATA, some areas of Khyber Pakhtunkhwa and Balochistan are suitable for olive crop cultivation.
Italian government played a substantial part in olive cultivation in Pakistan in the past two decades, now with the support of PARC project, targets will be accomplished soon as a result of public awareness and high net profit margins in olive orchards.
During the meeting, Dr Giuliano Ramat from Agronomic Institute for Overseas (IAO), Italy gave a detailed presentation on the project titled, ‘Technical assistance and support to line ministries in the agriculture sector with emphasis on olive production-Afghanistan, Nepal and Pakistan’.
Dr Ramat said that the project will launch Geographic Information System of olive which will upload the data of olive orchards in Pakistan, number of plants, age of plants and their varietal distribution in the country on the internet through GIS tools, so every one can check and verify the olive plantation and their status.
Tweet