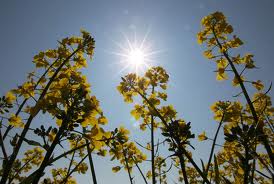 Punjab Agricul-ture Department (PAD) has said that best suitable time for canola sowing in the province is from September 20 to October 31, and farmers from Central and Southern Punjab should start canola sowing from October 01.

This has been stated in an advisory issued to the canola growers by the department.
The advisory said that farmers should use one and half kilograms to two kilograms of healthy and clean seed for getting a better canola production and increase the quantity of seed in case the land is less wet.
It also advised for applying effective poison to save the crop from different diseases. The advisory further stated that canola seed should be sown through drilling method one to one and half inches in the land. It also said that balanced fertilisers should be used for better production.
Tweet