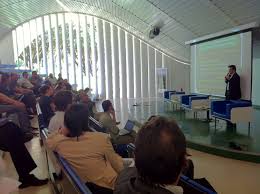 Despite Pakistan being self sufficient or close to self sufficient in key agricultural products, Pakistanis have been among the hardest hit by the rapid rise in food prices seen across the world since 2007. In the new Pakistan Agribusiness Report Q1 2009, we examine how Pakistan’s agriculture is developing and what difficulties lay ahead in guaranteeing affordable food for its population.

The food situation for Pakistan’s some 160mn people became more and more precarious through late 2007 and 2008. Between January 2007 and April 2008, the price of wheat flour, used to make the country’s staple food of flat roti bread, rose 100%. This, according to the World Food Program, led to 77mn Pakistanis being classed as ‘food insecure’. Prices of wheat stayed stubbornly high throughout 2008, despite government efforts. Smugglers and hoarders were blamed for the tight supply and high prices, but most vitriol was reserved for the government – first of President Pervez Musharraf and then of the democratically elected government led by the Pakistan Peoples Party – for not acting more decisively to bring food prices down.

The government is now pinning its hopes on a bumper wheat harvest in 2009, projecting a 25mn tonne crop, which would be enough to feed the population and fill up stocks depleted in the crisis. Many observers, however, are not convinced by the government’s rosy outlook for the coming year citing problems such as water shortages, lack of seeds and the high price of fertilizer as factors likely to limit yields and prevent the longed for production increase.

The elevated food prices were not all bad news for Pakistan. As a major rice exporter, Pakistan was able to reap the rewards of restricted world supply and high prices. As rice in Pakistan is not the major food staple as it is in other exporters such as India and Vietnam, the government had a freer hand to encourage exports. Though the government did impose a minimum export price through the middle of the year to try and control soaring domestic prices, an outright ban was avoided allowing exports to rise to a reported record 4.2mn tonnes, putting Pakistan among the world’s top three rice exporters.

Pakistan’s poultry sector, however, didn’t have such a good year with producers hit by high feed and energy costs as well as a series of avian flu outbreaks through the first half of the year. These hit small holders particularly hard with some reports saying as many as 35% of poultry farmers were forced out of business in the year. This is likely to have had a large negative impact on rural living standards as poultry is an important source of earnings.