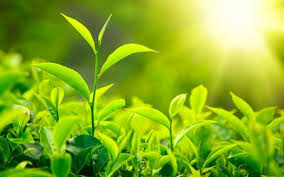 BMI View: The 2012 monsoon season was relatively kind to Pakistan’s farmers, especially incomparison with the devastating floods of 2010. Although localised flooding caused severe destruction inparts of Sindh and Balochistan, the main breadbasket region of Punjab enjoyed late rains after a dry startto the season, improving the prospects of rice, corn and cotton in particular.

Corn production to 2016/17: up 30.0% to 5.6mn tonnes. Continually improving yields andhigh prices on world markets will support an impressive increase in corn production.

Cotton consumption to 2016/17: up 23.2% to 12.5mn tonnes. Demand for cotton will surge inthe early years of our forecast as the EU lifts tariffs for a year, before falling back to steady yearon-year (y-o-y) growth.

Rice production to 2016/17: up 16.5% to 7.3mn tonnes. Pakistan will retain its place amongthe world’s most important exporters of the commodity as its producers look to expand into newmarkets.

The 2012 monsoon season was relatively kind to Pakistan’s farmers, especially relative to the devastatingfloods of 2010. Although localised flooding caused severe destruction in parts of Sindh and Balochistan,the main breadbasket region of Punjab enjoyed late rains after a dry start to the season; this has improvedthe prospects of rice, corn and cotton in particular.

In a major boost to the cotton industry, the EU has finally enacted a long-discussed measure that willsuspend import duties on a range of cotton products from Pakistan. The European Parliament finalised themove in September, although the regulation will only apply until the end of 2013, rather than the two-yearperiod initially pushed for by the EU. According to the Pakistan Cotton Ginners Association, the EU isone of Pakistan’s largest trading partners, accounting for more than 30% of the country’s total exports. Ofthis, the 75 items allowed under the deal contribute about EUR921mn, or 30% of the country’s totalexports into the EU.