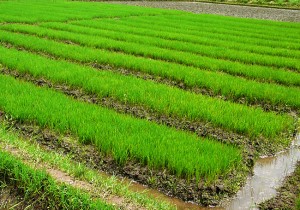 Pakistan has been attracting interest in its large but underdeveloped agricultural sector from across the globe in recent months. This comes as part of the increasing trend of rich food deficit countries investing in agriculture in poorer countries with more plentiful land resources.

In June, news agency Reuters reported that the government of Pakistan had offered 404,700 hectares (ha) of farmland for sale or lease to foreign investors. It is the usual suspects of the Gulf states and South Korea who are the likely targets of the government’s drive for investment. Oil rich, food poor states from the Middle East and food deficit prone South Korea have been spurred by the high food prices of 2007 and 2008 to increase their food security by investing in agricultural land abroad.

In July, the Pakistani minister for investment said that the country would be happy to provide land for Korean companies to build food and dairy processing facilities. Also in July, the chief minister of the Punjab said that there was a large amount of interest in investing in the province’s agriculture from Qatar.

A month earlier, in June 2009, Tetra Pak announced the signing of an memorandum of understanding with local company Engro Foods to create a dairy hub in the Sahiwal district of the Punjab. The hub will serve 15 villages in the district and aims to promote more efficient production and bring smallholders into the formal dairy market chain.

Foreign investment has a vital role to play in improving productivity in Pakistan’s agricultural sector.

Investment in training farmers to improve their production methods will be beneficial for both the producers themselves and the companies seeking to buy their products. Investments such as the one by Tetra Pak are to be welcomed wholeheartedly.

The sale or lease of land to foreign companies is a more complex issue. While no firm deals have been announced as yet, the government’s apparent willingness to sell large swathes of land could be a source of friction with local farmers if they feel they are not benefiting from increased production. Land and agriculture are emotive issues, particularly in such a rural country as Pakistan.

This is not to say that any deal to lease land to foreign investors would always produce negative results, but the government needs to be sure that those who will be impacted by any deals are fully consulted and not just focus on the valuable source of foreign currency being offered. Such deals have already fallen apart in other parts of the world owing to local resistance, most notably Madagascar where a plan to lease a huge tract of agricultural land to a Korean company likely contributed to the downfall of the president in March.