Pakistan to have alternative routes 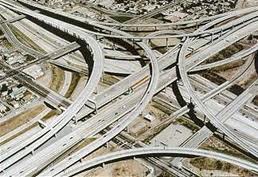 Pakistan to have alternative routes

BEIJING – Pakistan will be greatly benefited in terms of security and revenue from the state-of-the-art optic fiber project between Pakistan and China for which a prominent Chinese telecom firm “Huawei” has been assigned the task. The agreement to lay optic fiber between the two sides was signed during Prime Minister Nawaz Sharif’s official visit to China early July. A source at Huawei, a leading global information and communications technology (ICT) solutions provider, told APP that based on the requirement and plan in contract, it prepares a plan to implement it section wise.

The optic fiber will be laid between Rawalpindi to Khunjarab, a distance of 820 KM, the source said. The project will cost $ 44 million and will be completed within a span of two years. From this project, Pakistan will get enormous benefits, the source said, adding at present Pakistan’s international connectivity with the world is through undersea cables SEA-ME-WE 3&4 and IMEWE, and Pakistan is connected through spurs only. This dependency is not only a risk but also entails security concerns. The voice/data and internet traffic can be monitored and disturbed easily.

To offset such a threat, through this project, a link will be created between Pakistan and Trans-Asia Europe (TAE) cable in China, which would enable both Pakistan and China to have alternative routes for their international telecom traffic. Successful implementation of the project would provide Pakistan with a direct telecom access to China and the central Asian states. On completion, the project will also facilitate trade, tourism and IT awareness in the region and generate economic opportunities particularly in Gilgit-Baltistan. Apart from security assurance, the project is expected to generate revenue, approximately Rs 1.5 billion in the first three years and, in the fourth year, the financial dividends are likely to further grow.

The climatic conditions warrants initiation of project from Sust to Khunjrab section on top priority due to a very limited time-period left available in summer this year. However, other than this section, the project will be executed simultaneously in different sections (cities/towns). On Huawei’s contribution towards Pakistan social sector since 2002 till date, it has cooperation with UTE Lahore Campus for setting up a Huawei-UET IT and telecommunications joint R & D center and training base. In all, Huawei contributed more than $ 8 million to help train Pakistani talented youths.

Total number is more than 3,500 students. In 2011, Huawei provided cloud computing equipment to NUST and data equipment to UTE. As regards the internet connectivity in China, an important characteristic of the Chinese internet is that online access routes are owned by the Chinese government, and private enterprises and individuals can only rent bandwidth from the state. The major national networks, namely CSTNET, ChinaNet, CERNET and CHINAGBN, are the “backbone” of the mainland Chinese Internet. In addition, some telecom providers also provide internet services. However, public internet services are usually provided by provincial telecom companies.