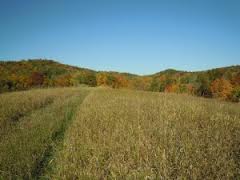 (Madison, WI, May 14, 2013) – Leonardo Academy announced the launch of a participation and fundraising campaign for the National Sustainable Agriculture Standard LEO-4000. The LEO-4000 standard has reached an important milestone. It is now entering the technical edit phase in order to be published as a draft standard, which will be sent to the Standard Committee for approval of the initiation of the public comment period.

This is a rare opportunity to not only support the development of the only public and transparent agricultural sustainability standard, but donors will be identified in standard materials as a founding sponsor.

Michael Arny, President of Leonardo Academy said, “At this critical juncture your company is encouraged to participate and/or make a donation to fund the pilot testing and completion of the National Sustainable Agriculture Standard.”

Leonardo Academy is initiating the technical edit of the draft standard so that it can be released as a draft standard and be presented to the Standard Committee for a vote on initiation of the public comment period. To drive the sustainability benefits of this standard across the marketplace we need your company’s financial support and your participation in the pilot testing.