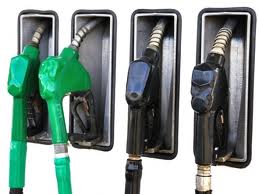 INCREASE in petroleum products’ prices will negatively affect all segments of the society and the government has been killing the people with inflation weapon in just three months just after coming into power.

These views were expressed by discussants at the Jang Economic Session on ‘Another rise in petroleum products’ prices-impact on public’ on Wednesday. The panelists were Economist Dr Pervaiz Tahir, Iftikhar-ul-haq, Abad-ur-Rehman Aima Mehmood, Akber Khan and Mian Mehmood Ahmed while the session was hosted by Sikindar Hameed Lodhi.
Dr Pervaiz Tahir said in underdeveloped countries the government increases petroleum prices to enhance its revenue generation while in developed countries to control environmental impact. However, those countries who are dependent on imported oils offset international oil prices by collecting taxes from other sectors and give subsidies on oils to maintain the rates, and India is its one example, he stated. He said in Pakistan increase in petroleum products’ prices adversely affect everyone while oil importers mafia plays a vital role in pushing its rates upwards.
Iftikhar-ul-haq said incumbent government has increased petroleum products’ rates thrice in three months due to devaluation of rupee, surge in international prices and agreements with the IMF. He said recent increase in oil prices is due to government’s policy of not subsidising it anymore and imposing unjustified tax on oils for revenue generation.
Abad-ur-Rehman said in Pakistan politicians are trying to run the government but not the state, so they are making policies for not the public betterment. He said agriculture produces’ rates will further increase with oil prices. He said the government will get nothing from agriculture rather increase in agricultural produces’ prices affects everyone, especially urban population.
Aima Mehmood said the government is not catering to the commoner’s needs by increasing petroleum prices. She said in initial days of the government flour price was increased to Rs 785 per 20 kg bag from Rs 670, which proved that inflation is rapidly increasing in incumbent government’s tenure. She said minimum Rs 10,000 wage’s announcement by the government is not notified yet.
Akber Khan said labour segment has been badly affected by petroleum prices, which has increased its financial worries. He believed that in Pakistan petroleum prices have increased due to bad governance but not due to international market spike. He said the government puts the burden on commoner to hide its negligence.
Mian Mehmood Ahmed said Pakistani rulers are the root cause of all evils while the incumbent government does not have any agenda but they are following the agenda of those who have brought them in government.
He said the government has made claims that it will make agreement with the IMF on its own terms and conditions but factually petroleum and electricity’s prices are increasing since the agreement was made. He said the government should impose tax on agriculture sector and curtail non-development expenditures.
News Source
Courtesy The News
Tweet