Home / agribusiness / Red sheep take to the hills in Scotland

Red sheep take to the hills in Scotland 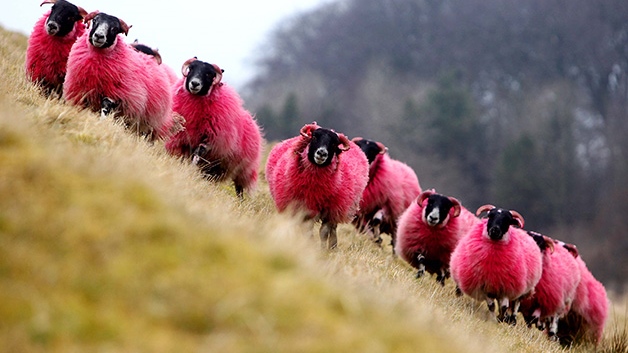 A flock of red sheep has been released on a hillside by the M8 in West Lothian. Local farmer Andrew Jack, who owns the flock, has spray-painted the creatures to entertain passing motorists. The dye is animal-friendly and is said to not cause the sheep any harm or distress. The flock will remain coloured red until it is sheared in a month’s time. Mr Jack has released some red sheep every spring since 2007. The idea originated with the local Pyramid Business Park. Speaking in 2007, Mr Jack noted the animals were “causing quite a stir with passers-by. It is a bit of fun and it does brighten things up. “It was a bit messy and it really did take a while, but they look fantastic.