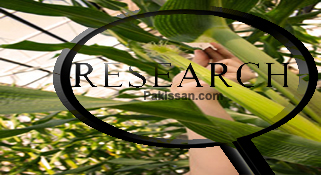 Research being conducted in universities

Pakistani universities, in collaboration with leading American and British universities, are undertaking joint research projects for effective use of natural and renewable sources readily available in the country to resolve the current energy crisis.

Pakistan is facing a severe energy crisis which is not only playing havoc with lives of common citizens but also choking the industrial development and the economy of the country. Experts are of the view that as a result of energy crisis, the once sustained GDP growth rate of around 6% is now at below 2%.
The Higher Education Commission (HEC), under assistance of USAID, is currently establishing Centres of Advanced Study and Research on Energy at both National University of Science and Technology (NUST) and the University of Engineering and Technology (UET), Peshawar.
Additionally, a number of energy specific projects have been undertaken by the universities with leading American universities under the Pakistan-US S&T Cooperation Programme. These projects include: Total Solution Based Organic-Inorganic Solar Cells for Enhanced Efficiency and Stability between the University of Delaware USA and Government College University Lahore, Life Style Improvement of Villages in FATA Using Renewable Energy between the SEI USA & NUST, and The Use of Renewable Energy to benefit Gilgit-Baltistan region between North Dakota University USA and Comsats Institute of Information Technology Pakistan.
Similarly, a number of projects have been undertaken with the British universities under the International Strategic Partnerships in Research and Education (INSPIRE). These projects include Developing Water Turbines for Electric Power Generation between the University of Southampton and NUST, Increasing the Efficiency of Wind Energy Systems between Cambridge University UK and Air University Islamabad , Building Indigenous Capabilities for Thar Coal Development between the University of Nottingham UK and Mehran University of Engineering and Technology and Co-Combustion of Pakistani Coal and Biomass in Pilot Scale Combustors between the University of Leeds UK , and Pakistani Institute of Engineering and Applied Sciences, Mehran University, University of Punjab and International Islamic University Islamabad. Through the joint project between the University of Cambridge and Air University, a micro-machined sensor, the first of its kind in the world, is being developed which would enable wind turbines to function more effectively under local wind terrains, and would also allow the direct measurement of the performance of both gas and wind turbines.
Other Pakistan universities including Agriculture University of Faisalabad and University of Gujrat have done successful experiments on production of bio gas and green energy while the Islamia University of Bahawalpur is going to adopt solar as sole source of energy soon. The Agriculture University of Faisalabad is not only closely working with Punjab government for formulation of energy policy but also implementing capacity-building programme on use of alternative energy. The university is also going to introduce degree programme on energy from this academic year.
Chairman HEC had recently assured the Minister of Planning and Development Ahsan Iqbal that universities will join hands with the ministry to work on ways to lessen the energy crisis, including organising a major research conference jointly with the Ministry on the subject.
Commenting on these programmes, HEC Chairman Dr. Javaid R. Laghari said the goal of the HEC is to develop local expertise and indigenous technology for effective use of natural and renewable sources including coal, water, wind and solar through strong collaborations with research groups in leading foreign universities.
“These projects have also vast potential for commercialization. National and international power companies and the Government of Pakistan itself would be the main users of this technology.”
He underlined need to develop more indigenous scientific manpower, research facilities and education infrastructure in Pakistan to tackle the energy related issues through collaborative research.
Tweet