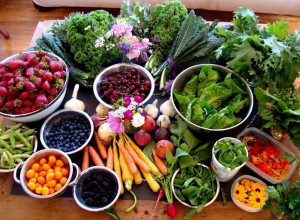 Speakers at a consultation moot called for devising result-oriented policies to boost agriculture sector and ensure food security in the country.

Addressing National Consultation organised by Society for Conservation and Protection of Environment (SCOPE) in collaboration with Alliance Against Hunger and Malnutrition (AAHM) National Chapter Pakistan, Oxfam Novib Pakistan and Oxfam-GROW at a local hotel here on Tuesday, SCOPE Chief Executive Tanveer Arif elaborated that AAHM, which is a global network of inter-governmental organisations and civil society, was formed as a follow up of World Food Summit in 2005. AAHM Pakistan chapter consists of civil society, government organisations and experts.
He said that AAHM Pakistan has developed advocacy strategy, which aims at supporting government initiatives of National Food Security and Nutrition Policy and Zero Hunger Programme.
“Pakistan is far behind in reaching Millennium Development Goals (MDGs) which is a global target to be achieved by 2015. Agriculture and food security development is very low in view of MDGs. Pakistan has 52 percent food insecure people. FATA tops in food insecurity, Balochistan is at second, Sindh at third and Punjab at fourth number,” said a consultant and agriculture expert Amjad Nazeer.
He said that due to poverty and unemployment, people are migrating to urban areas from rural areas. He said that right to food for people is incorporated in the constitution and the government is duty bound to it.
Hence agro-industrial and agriculture polices should be devised by incorporating public views and demands so as to overcome food insecurity and bolster agriculture sector. This will help bring major development in the country, he said.
Nazeer said that availability of food, agriculture production, fishing, and livestock is not enough. The government needs to make hectic efforts to enhance agriculture sector to ensure food security and alleviate poverty, he added.
President Bhandar Sangat Taj Marri said that the use of machinery is putting burden on economic position of farmers as they get a meager profit from the crop production as compared to the farming without machinery. He said the government and landlords are depriving farmers of their due rights. Corporate farming is harmful for farmers and food security.
“The corporate farming has also been started in Matiary, Thatta and Nawabshah, Mirpurkhas districts of Sindh, which needs to be stopped. He said that people of rural areas are migrating to cities due to poverty and unemployment. There is need to make hectic efforts to overcome poverty and food security issues in the country through joint efforts by civil society,” Marri said.
Balochistan Agriculture Extension Director Ali Raza Jamali said that due to blockage of Right Bank Outfall Drain (RBOD), agriculture land and cultivation in three districts of Balochistan have completely been ruined in the last three consecutive years that include Jafferabad, Naseerabad and Jhal Magsi.
Underpass of RBOD in district Jafferabad at village Chowki Jamali and Saifullah Magsi Canal should be opened immediately to save the cultivation in the districts, which is causing poverty in the province.
He said that Naseerabad, Jaffarabad and Jhal Magsi are below the poverty line due to lack of agriculture and other facilities to the farmers. He said that there is a need to raise awareness about food security and agriculture among farmers.
Action Aid –Food and Livestock International Coordinator Aftab Alam Khan said that there is need to change crop production policies to ensure food security and benefit to farmers. The cost of production has risen and farmers have been compelled to produce more production, he said and added that the government needs to ensure respect to food, protection of right to food, fulfillment of right to food and promotion of right to food. He suggested that right to food could be better pillar for AAHM.
Sahil Development Organisation Programme Manager M Ijaz Hussain said that Pakistan faces grain shortage despite sufficient wheat production and being seventh largest wheat producing country. He said that 2010-2011 floods badly affected agriculture sector in Pakistan. He said that there is lack of facilities to the farmers as procurement cost is not being paid to them. There is also need to improve supply chain management.
UN and WFP representative Dr Wajid Pirzada said that we should know the reasons behind the vulnerability of food security and conduct research. Informed policy should be devised to raise awareness among farmers about agriculture issues, so that they could be resolved amicably.
He said that rural areas of Sindh are food insecure while Punjab is also victim of it despite having fertile land. He stressed the need to formulate result-oriented policies to boost agriculture sector. Pakistan is also facing climate change challenge, which needs to be tackled in right way, he added.
An agriculture expert Jamal Mustafa Shoro said that feudals have become stronger due to which farmers are being affected. The input cost of farming has rising alarmingly, which has put heavy burden on the farmers. He said that farmers need incentives to make their life out of trouble.
News Source
Courtesy Daily Times
Tweet