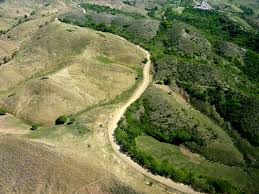 THE World Commission on Environment and Development has warned that unless we change our lifestyle, the world will continue to face environmental damage and human suffering.

The Commission, echoing an urgent need to tailor the pace and pattern of economic growth according to the Planet’s capacity, said that the humanity has the ability to promote sustainable development by meeting the present-day needs without compromising on the needs of future generations.

About 70 per cent fossil fuel consumption and 85 per cent chemical products are attributable to 25 per cent of the world population. Water consumption is also not evenly distributed. The consumption pattern for forest products and other commodities has the same proportion.

Though international environmental concerns are expressed in broad terms, the environmental problems of vulnerable groups are generally localized, revolving around immediate issues such as the degradation of a rangeland or soil erosion on farmland or the progressive shortening of fallow. These affect the poor because they are directly related to household food security.

In their quest for food, the rural poor sometimes have to overuse the limited resources. The environmental degradation imposes further constraints on their livelihood in what has been called a ‘downward spiral’. They are often forced to make trade-offs between immediate household food requirements and environmental sustainability both in production and consumption. Their negligible man-made capital assets, ill-defined or non-existent property rights, limited access to financial services and other markets, inadequate safety nets in time of stress or disaster, and lack of participation in decision-making can result in their adopting ‘short time horizons’, which favour immediate imperatives over longer-term objectives. This can result in coping strategies that rely on the drawing down of the capital available to them – mainly in the form of natural resources.

The poor may be both agents and victims of environmental degradation, especially in marginal areas, where the resource base is ill-suited to agriculture.

However, it cannot be assumed that the poor have an intrinsic propensity to degrade environmental resources. On the contrary, many poor traditional communities demonstrate an admirable environmental ethic and have developed complex resource management regimes. There is little evidence that the rural poor, when offered an appropriate environment – including secure tenure and access to markets- pursue resource-degrading strategies.

Affluence and poverty affect the environment in different ways: poverty eradication would not erase environmental degradation but change the nature of environmental problems facing society.

The combination of more productive technologies, fertile land and water, and high levels of development and public investment have raised incomes for people living in these areas. While this development has not always been equitable – or sustainable, the most important disparities are not between rich and poor people within high – potential areas, but rather between high-potential high-investment areas and fragile ecosystems.

As the challenge for poverty alleviation in high-potential areas remains considerable, the prognosis is not grim provided agricultural intensification proceeds without environmental destruction.

On the other hand, for the 60 per cent of poor populations who are found in fragile ecosystems and mainly remote and ecologically vulnerable rural areas, the challenge of environmentally sustainable poverty alleviation is immense.

A high proportion of the absolute poor in ecologically fragile areas are indigenous peoples, estimated at some 300 million worldwide. They depend on renewable resources to maintain their well-being. This has led to the development of livelihood systems that are well-adapted to harsh conditions in which they live. Their holistic, traditional knowledge of natural resources and environment constitutes a rich human heritage.

However, their traditional ways of life are now being threatened, disturbing the delicate balance of natural resource use. Nevertheless, viable technology and institutional arrangements for resource conservation in these areas could be built upon indigenous knowledge and similarly effective disaster prevention policies can benefit from coping strategies developed by the local population.

Over the past few decades, environmental degradation, including land degradation has continued to worsen exacerbating further poverty and food insecurity. Conversely, awareness of the importance of the environment and its conservation has increased. There has been a transformation in people’s perception of the poverty problem in developing countries. If one accepts that hard-core rural poverty is increasingly a phenomenon associated with marginal lands, then new strategies are required that integrate poverty alleviation and environmental management.

Effective actions against poverty, food insecurity, and environmental degradation in marginal areas require first and foremost the empowering and equipping of local communities to take up the reins of resource management.

Many conservation policies and strategies in the past have failed because of their top-down approach and their reliance on technologies that were irrelevant to the local circumstances. Within this context, a consensus has emerged on the importance of indigenous people’s traditional knowledge and practices in the management of arid land, forest, pasture and farmland to conserve soil and moisture, and in diversifying crop and livestock production to minimize risks.

Increasingly, people are realizing that: (a) the fragile environment on which they depend for their survival is being neglected or over-exploited, and it is now necessary to rehabilitate it and manage it on a sustainable basis; and (b) the environment belongs primarily to them, and they must take the responsibility for the land and organize themselves in groups, cooperatives, village development associations and other local association to defend it.

The private sector, as well as the civil society at large, should also be encouraged to think beyond individual or corporate interests towards recognition of a shared responsibility for the environment. Vigorous resource mobilization to combat desertification would stand a better change of succeeding if launched on the basis of empirically verifiable improvements.