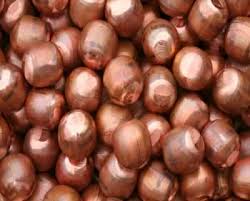 Shanghai copper futures jumped by their 5 percent daily limit on Monday, tracking sharp gains in London in the previous session after a strong US employment report renewed confidence in the global economy. London copper surged more than 6 percent on Friday in its biggest daily rise since October 2011 after data showed US nonfarm payrolls rose by a stronger-than-forecast 165,000 in April.( https://www.agribusiness.com.pk/).

The US government also said hiring was stronger in the past two months than initially reported and the jobless rate fell to a more than four-year low of 7.5 percent. The London Metal Exchange is shut on Monday for a public holiday. The benchmark August copper contract on the Shanghai Futures Exchange opened at the session’s high and the upside limit of 53,130 yuan ($8,600) a tonne, before closing at 52,930 yuan, still up 4.6 percent.https://www.agribusiness.com.pk/

The most-traded September copper contract also hit its 5 percent upside limit of 53,000 yuan at the open. It closed up 4.7 percent at 52,850 yuan. The upward revision to the US job hirings in February and March was the key feature of Friday’s employment report, suggesting that job growth has recently averaged about 200,000 a month, said Ric Spooner, chief market analyst at CMC Markets.

“From the market’s point of view, this is a Goldilocks scenario – good enough to provide reasonable growth in corporate revenues but not strong enough to trigger more than a mild tapering in the Fed’s asset purchase program,” said Spooner. Three-month copper on the London Metal Exchange climbed 6.2 percent to close at $7,270 a tonne on Friday. That’s still nearly $400 cheaper compared to its peak in April shortly before a broad-based commodities sell-off. https://www.agribusiness.com.pk/

The upturn may be sustained when the LME reopens on Tuesday. “We’re seeing signals of potential improvement in demand from China by way of stockpile levels in Shanghai coming off over the past two to three weeks,” said Natalie Rampono, commodity strategist at Australia and New Zealand Banking Group. ANZ sees copper prices averaging at $7,390 in the second quarter and at $7,630 for all of 2013.

Copper stockpiles at warehouses monitored by the Shanghai bourse stood at 213,782 tonnes last week, the lowest level since late February. The next key data to watch from China will be its trade numbers, said Rampono, with copper imports by the world’s top consumer likely to have risen in April following the steep fall in international prices. China’s refined copper imports fell 36.7 percent from a year ago to 218,823 tonnes in March. Concern that China’s slower economic growth may curb its demand for raw materials including copper had helped fuel the commodities sell-off in April. Data on Monday showed growth in China’s services sector slowed sharply in April to its lowest point since August 2011, fresh evidence that economic revival will remain modest and may be facing wider risks.  Source Reuters(https://www.agribusiness.com.pk/).