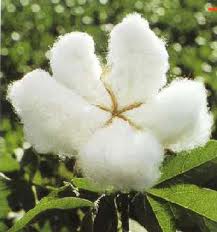 In the US, the final ginnings lower production figure was adopted this month. Domestic consumption was eased up 100K netting a decline to ending stocks by 300K to 1.6 mln bales.  In the world, beginning stocks got a slight bump up due to higher imports from 2009/10.  Production was cut in Turkey, Pakistan and the Afr Fr Zone vs a small increase to Brazil.  Consumption was upped in Mexico, Thailand, Vietnam and especially Pakistan.  Trade saw a few changes but the most notable was a decrease in China’s imports by 500K. Ending stocks were lowered by 780K of which 480K is in the foreign category. At 41.55 mln bales, global carryout is just slightly higher than the 1995 level of 40.1 mln bales.

BOTTOMLINE RE PRICES: As mentioned in my brief email, today’s carry-out figures for the 2010/11 crop year are a bit tighter with ending stocks lower in the US, China, India, and Pakistan while being higher in Brazil. Although more bullish than last month’s numbers, cotton prices are already at record high levels and reports from notable credible sources show mills being resistant to these high prices.

The same is also true for various synthetic fibers so today’s numbers are a bit of a surprise.  Hence, prices may experience difficulty in moving much, if any, beyond contract highs but also finding support on any breaks suggesting a wide sideways trading range with old crop for the next several weeks.

I suspect by the time demand rationing is obvious to the USDA meaning demand is cut, the May contract will be history and little time will be left for the July contract to trade (its FND is June 24). New crop is likely to bear to brunt of cuts to demand especially if spring plantings go well and in general the world crop is off to a good start.  I will write and release a full report this weekend covering all of the changes in greater detail.