Home / agribusiness / Smuggled cigarettes: action plan a must to deal with illicit trade

Smuggled cigarettes: action plan a must to deal with illicit trade 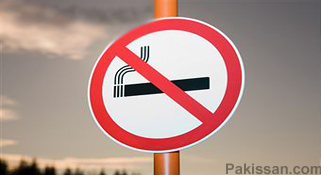 Industry sources told Business Recorder on Monday that the Federal Board of Revenue can generate additional revenue by timely addressing the issue of illicit cigarette trade. The action plan could entail a strong focus on enforcement in four ways. First, a dedicated task force including members from the Police, Customs and Inland Revenue be formed to regularly check, revise and update the regulatory regime.
Second, mobile courts, consisting of enforcement teams and a judicial magistrate may be constituted to conduct raids on suspected facilities and outlets. Thirdly, joint teams of cross-organisational collaboration between various agencies would ensure swift and effective flow of information and consequent action. A reward scheme should be introduced to incentivise officers to raid and seize illicit cigarettes.
A clear direction from the government can result in effective and timely action from all relevant law enforcement agencies to check the rising illicit trade in the country. The proposed action plan is also likely to raise substantial revenues and would be instrumental in control menace of smuggled and non-duty paid cigarettes in the country.
They said that despite recent efforts by the government to curb illicit cigarette trade, retail outlets and shops are still openly selling smuggled cigarettes, causing massive revenue loss to the national kitty.
Illicit cigarettes in Pakistan claim almost a quarter of the cigarette market, owing primarily to high excise incidence on cigarettes as well as weak enforcement against such illegal activities. Due to massive tax evasion, these cigarettes are being sold at much lower prices than their legitimate competitors and this price differential, which has been widening over the years, has fuelled the illicit trade in the country.
While the illicit cigarette segment comprises local duty evading brands, smuggled cigarettes as well as counterfeits, the last few years have witnessed a tremendous increase in flow and sales of smuggled cigarettes across the country. Amongst various smuggled brands, Pine – a Korean brand, has gained unprecedented popularity without any health warning.
Recently, the government has stepped up its efforts to curb illicit cigarette trade: Some of the measures taken by the government included sporadic seizures and raids, newspaper advertisements against sale of smuggled cigarettes and audit of a few local cigarette manufacturers. While all these efforts were a step in the right direction, there is a need to continue with the policy and enforcement measures to control the menace of smuggled cigarettes, they added.
Tweet