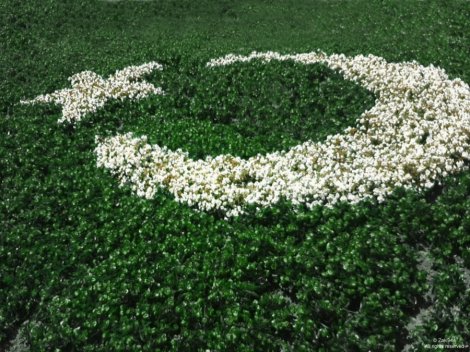 Aridity as a factor. The formation of structure is inhibited in many areas of Pakistan. The most important limiting factor is aridity, especially from Multan southward. In these areas the moisture required for structure forma- tion is obtained mainly from river or canal flooding. Thus the degree of soil development in this zone is not a measure of age but of the period during which it was under seasonal river flooding. For example, a relatively old soil with moderately deep development (structure) may be surrounded by later river channel infills with deeper soil development. In special cases where sedimentation is by t1ash floods of very short duration, structure formation may never start at all.For example, the extensive silty spill deposits in the Indus tidal estuary area (Gujo series) arc massive and weakly stratified, with very low organic matter content and virtually no vegetation, although they are ofthe same age or slightly older than the adjoining basins with moder- ately deeply developed soils (Daro series). In arid climates strong salinity and sodicity are additional factors inhibit- ing soil formation. Either of these prevents the growth of all but a few very resistant plants, and stops the activity of most soil animals (except crabs in wet soils). As a result there are some dense, saline-sodic soils with only moderately deep development over a stratified substratum, which are associ- ated with and of the same age as very deeply developed non-saline soils (for example some areas in the Firoz series [eroded] in Lahore District adjoining and associated with the Bhalwal series).

In the river plains of Pakistan (Sindh and southern Punjab) soils are not homogenized to depths of much more than 18 inches, probahly mostly because of the slowing down of soil-forming processes when the soil is dry. Due to the arid climate in these areas, the process of structure formation is slow. Relatively lower-lying areas receive ,more moisture, favouring soil development, and subangular blocky or blocky structure is developed in the subsoil. Clayey soils occurring in basins exhibit a better degree of soil aggre- gation to a relatively greater depth, where weak and moderate blocky struc- ture is developed (e.g. Shikarpur series).

Silty and loamy soils occurring on low bars, with low clay content and relatively little moisture have relatively weak aggregation, showing weak or very weak subangular blocky structure to shallow depths (Sultanpur series). Some sandy or loamy soils, though of the same depositional age, occupying higher positions in the landform, still lack aggregate formation because of low moisture content and poor plant rooting systems. Such soils have platy structure (e.g. Shahdara series). In the soil of the subhumid areas of north Punjab and NWFP there are extensive networks of roots, high leaching, and other active processes of structure formation. These soils have developed weak, coarse prismatic to weak, coarse subangular blocky structure with a relatively greater depth of homogenization. (e.g. Gujranwala, Guliana, Missa, and Pindorian series).

A special case of soil homogenization in intertidal saline or brackish coastal areas ,is the burrowing activity of a multitude of small crabs. Even in the absence of vegetation, the crabs intensively mix the topsoil as long as the surface is kept wet by daily tidal flooding (parts of Borium series mapped in Thatta East).