Home / Agri Punjab / Solar energy is the way to go for Pakistan: Speakers

Solar energy is the way to go for Pakistan: Speakers 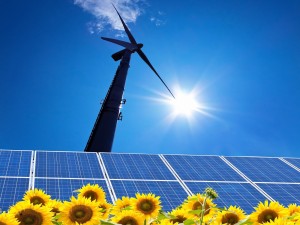 Solar energy is the way to go for Pakistan: Speakers

Pakistan is blessed with the seasons where the sun shines throughout the year and this is why the potential of solar energy in the country is massive.

This was the message given by the speakers at the inaugural session of three-day International Conference on Renewable Energy Technologies in Pakistan.
With Punjab Energy Minister Sher Ali Khan in the chair, it was announced that the 50-megawatt (MW) Quaid-e-Azam Solar Park in Cholistan will start contributing to the national grid within six months, under the first phase.
The conference was arranged by Faculty of Agricultural Engineering and Technology, University of Agriculture Faisalabad (UAF) in collaboration with University of Kassel, Germany, US Department of Agriculture (USDA) and International Centre for Development and Decent Work (ICDD). The moot aimed to highlight the potential of renewable energy to help cater the energy demand in the country.
Speaking on the occasion, the minister said that the Punjab government was taking all possible steps to address the prevailing energy crisis. Promotion of alternative energy was also part of the strategy mapped out by the government to control the power crisis.
Pakistan having an installed capacity of 23,000MW, only produces 16,000MW – low capacity utilisation. The Punjab energy minister went on to say that the provincial government was setting up various small dams on canals with a capacity of 10-20MW each. Moreover, the 120-MW Taunsa Barrage will also become online soon, he added.
The province was also trying to produce power from biomass. Sugar mills in the province were being encouraged to generate power from sugarcane waste (bagasse) and supply to the national grid.
During the moot, UAF Dean Professor Dr Muhammad Iqbal also called for promoting renewable sources of energy, saying that Pakistan could potentially produce 20,000MW by utilising wind sources.
Professor Dr Oliver Hensel, from University of Kassel, Germany, said, “Pakistan is blessed with the seasons where sun shines throughout the year. Local farmers should take advantage of renewable energy sources like solar.”
German Academic Exchange Services (DAAD) Project Coordinator Pakistan Dr Anjum Munir said in present times, it was the need of the hour for Pakistan to shift to alternative energy considering acute shortage of fossil fuel in the country.