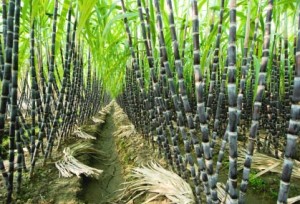 Many sugar millers have apprehended that they may not be able to start cane crushing on time.

The representative of Pakistan Sugar Mill Association (PSMA) complained – during the last meeting of Sugar Advisory Board – that export quotas of the sugar mills, who have failed to meet them, are not being allocated to other sugar mills and there is no transparency in data transmission with respect to quota allocation seniority of sugar mills.
A copy of minutes of the meeting is available with Business Recorder.
The meeting was informed that recently Economic Co-ordination Committee (ECC) of the cabinet imposed a condition that sugar can only be exported against letters of credit whereas previously export was allowed against irrevocable letters of credit or contracts with a 10 percent margin.
The EEC of the Cabinet had also decreased time allowed to export sugar from 90 to 60 days instead of 45 days as was agreed in the meeting held on July 15 this year. It further aggravated the problems faced by the sugar industry. They maintain they cannot pay mark-up to banks on their loans and make payments to sugarcane growers at the same time.
According to minutes, the meeting was informed that although the provincial cane commissioners have reported outstanding payments to growers to be Rs 1.27 billion yet the actual figure is more than Rs 2 million. The PSMA representatives told the meeting that if this situation persists, many sugar mills will not be able to start crushing on time.
The freight subsidy on sugar export, approved by ECC, has not been paid to sugar exporters despite the fact that Rs 1 billion have been released to Trade Development Authority of Pakistan (TDAP) by the finance division on this account. The sugar industry has a potential to earn US $1.7 billion foreign exchange annually by exporting sugar, ethanol and molasses but government is not facilitating the industry in this regard, the minutes contend.
The joint secretary Ministry of commerce told the meeting that ministry of commerce submitted a summary to the ECC of the cabinet in the light of decisions taken at a meeting held on 5/7/2013 in ministry of commerce. But the ECC of the cabinet imposed the condition that sugar can only be exported against L/C and decreased the time allowed to export sugar from 90 to 60 days on its own.
The meeting directed the representative of the SBP to hold a meeting with the sugar industry within a week to resolve the issues relating to sugar exports. It was also recommended with the approval of the chair that SBP may develop a software which will be displayed on its website, accessible to all the stakeholders.
The sugar mills intending to export will submit their application forms through this software, showing seniority of their application.
The representatives of PSM invited the attention of the chair to SRO.77(1)2013. According to the SRO, a 0.5 percent FED was to be charged on local sugar sales instead of 8 percent against equal quantity of sugar exported but exports through land route were excluded from this concession. It has put many sugar exporters at a disadvantage as a large quantity is exported to Afghanistan and Central Asian Republics through land routes.
The representatives from the FBR explained that SRO 77(1)2013 was issued in line with an ECC decision. The joint secretary ministry of commerce clarified that this issue would be included in the summary for ECC.
The representative of PSMA explained that around 0.6 million tons of sugar would be carried forward from 2012-13 to 2012-14 and estimated 5.8 million tons of sugar production is expected in 2013-14 with an estimated annual consumption of 4.8 million tons. In this way, 1.2 million tons of sugar will be surplus during 2013-14 which may be allowed to be exported by sugar mills.
The joint secretary of ministry of commerce objected that although there is 1.2 million tons of annual sugar export potential but any definite decision in this regard cannot be taken merely only the basis of assumptions and estimates.
The meeting recommended that 0.5 million tons of sugar may be allowed to export in such a way that 0.1 million tons may be exported every month starting from October 2013. The chair suggested that sugar export situation could be reviewed every month.
The representatives of the finance division informed the chair that no funds have been allocated for a subsidy on future exports.
News Source
Courtesy The Nation
Tweet