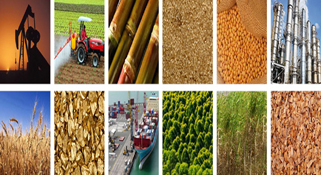 On the directives of the National Accountability Bureau (NAB), the Ministry of Commerce (MoC) has restricted the Trading Corporation of Pakistan (TCP) from conducting prequalification process of suppliers for commodity procurement.
Sources told Business Recorder on Monday that following the ministry”s directives, the state-run grain trader will procure/import urea and other commodities without condition of prequalification.
All prequalified and non-prequalified suppliers can participate in the process, whenever initiated by the TCP.
The TCP started conducting prequalification process in the third quarter of FY14 to avoid speculation and further transparent the commodity procurement operation.
“The TCP, in September 2013, had asked foreign suppliers for renewal of prequalification with the state-run grain trader and accordingly all suppliers applied for new prequalification,” they added.
However, while the TCP was in the process of conducting prequalification, the ministry of commerce restricted the corporation from conducting the process as the ministry believes that it limits the competition.
Sources said the TCP received directives from the National Accountability Bureau (NAB) through the Ministry of Commerce vide their letter No 4 (I)/2014 Admin-VI dated January 23, 2014, in which it has been mentioned that prequalification process actually limits competition, therefore, the same should be stopped forthwith.
The TCP has stopped the process as has been stayed by PPRA and the NAB for the time being, they added.
Accordingly, the TCP has conveyed the same to foreign suppliers. In view of the letter from PPRA/NAB, the state-run grain trader has decided that the next procurement of imported urea will be done on the basis of open competitive bidding from amongst all intending.
Interested parties, who apply for the bids and the tender, will not be restricted to the prequalification suppliers only.
However, sources said the TCP has made its clear that if the government allows the TCP to start prequalification of foreign suppliers, they will be informed accordingly and will be required to apply afresh.
Sources said most of the foreign suppliers/companies have appreciated the TCP”s initiative saying that definitely this will increase competition among the participants/foreign suppliers.
With the withdrawal of prequalification condition, more companies could participate in the tendering process to be conducted by the TCP. Although, there are some risks, however, it”s more beneficial compared to risks.
This will provide opportunity to procure the commodity at lower rate and avoid any speculation in the tender, they added.
Tweet