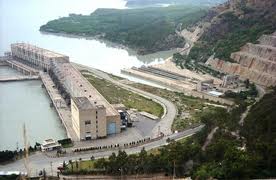 Wapda has selected Chinese Company Sinohydro for the project, whose project””s design, according to Wapda””s own technical evaluation, did not contain any guarantee for penstock head loss.
Wapda Authority, in its meeting held on July 5, 2013 declared the bid of Sinohydro as non-responsive. Wapda””s consultants had also declared the company non responsive.
However, Wapda Authority, in its meeting on July 26, 2013, superseded its own decision of July 5, 2013. The Authority accorded approval for declaring Sinohydro””s bid as the lowest evaluated responsive bidder in accordance with the World Bank””s email of July 19, 2013 and thence began the initiation of discussions, verifications, clarifications with Synohydro for a contract on the modification of the tunnels 3&4 intakes, design, supply, installation and testing of penstocks and construction of power house at a total price of Rs 26.054 billion.
The meetings of Wapda Authority were presided over by incumbent Chairman Wapda Raghab Abbas and attended by Member Finance, Syed Nazakat Ali Shah, Member Water, Hasnain Afzal, Member Power, Rizwan Ahmad and Secretary Wapda, Imtiaz Tajwar. “Based on all rules, guidelines, contractual requirements and technical know-how the World Bank agreeing with due diligence prepared by the consultants and WAPDA, issued No Objection Letter (NOL) to WAPDA to proceed for contract with Sinohydro being technically, methodologically, contractually and legally the responsive competitive lowest bidder,” said Wapda spokesman.
When contacted to Chairman Wapda, Raghab Abbas, said Synohydro is the lowest bidder so World Bank asked to do due diligence as the company produced all documents; he added that the company was also recommended by the relevant consultant and Wapda. He added all actions are taken with the approval of the World Bank as per their guidelines.
Wapda Authority in its meeting on July 5, 2013 had accorded approval to negotiations for the award of contract to China, Gezhouba Group Company Limited (CGGC) being the lowest evaluated responsive bidder after obtaining an NoL from the World Bank. Wapda Authority””s minutes of July 5, 2013 meeting also highlighted some facts which Chairman Wapda and Wapda spokesman tried to hide.
“To clarify certain points raised by the Consultants, clarifications were sought by Wapda from the lowest read out bid 05( Sinohydro) under clause 27 section 1(E) of ITB to rule out the possibility of responsiveness/ non- responsiveness on June 28, 2013. The response received from Sinohydro within stipulated time on June 4, 2013. The response of the company was discussed in a meeting on July 5, 2013 held under the chairmanship of Member Water, participated by Wapda experts and Consultants representatives and it was unanimously concluded that Sinohydro stands non-responsive. Consultants also asserted that they have examined the additional information provided by Sinohydro and concluded that in a number of areas the new data provided is inconsistent with the original bid and in other areas still fails to address the issues that have been raised.
The rejected Chinese Company has approached the World Bank””s (WB) Vice President South Asia region, Philippe Le Houerou and other senior management, seeking the reasons of their ouster from the project”. The company argued that the major issue is the evaluation of head loss ie, whether or not such head loss has been taken into account.
Pursuant to the evaluation criteria for each bid, the guaranteed head loss is to be compared to the average guarantee figure and the total price of civil contract adjusted in accordance with the formula given in the evaluation criteria of the bidding documents.
CGGC further argued that in case if any bidder has indicated the head loss in the penstock, this missing information is to be treated as a material deviation as it limits in a substantial way the employer””s rights regarding the performance of the penstock, under the proposed contract between Wapda and the successful bidder. As such, the bid is to be treated as non-responsive pursuant to the evaluation criteria specified in the instruction to bidders of the bidding documents.
News Source
Courtesy The Express Tribune
Tweet