The Future of Small Farms 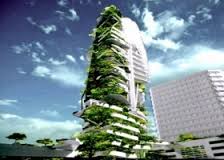 The Future of Small Farms

Interest in agriculture for growth and poverty reduction reawakened in the early 2000s made all the keener by the sudden rise in cereals prices on world markets in 2007–08. But is it still possible to drive agricultural growth through small farms, as happened in the green revolution? Whether small farms have a future was debated at a workshop held in Wye, United Kingdom, in June 2005.

It concluded that small farm development is not just desirable for poverty reduction, but also feasible, even in changing circumstances and particularly those of more concentrated supply chains with more demanding buyers. That said, while much that needs to be done is straightforward, such as provision of public goods, fostering the institutional innovations to allow small farmers to deal with the emerging supply chains will require patient work, tailored to specific circumstances.

The future of all smallholders may well not lie in farming, but the measures to stimulate the rural nonfarm economy and provide jobs for those leaving farming—a favorable rural investment climate, provision of public goods, institutional development—are largely the same as those for agricultural development as well.