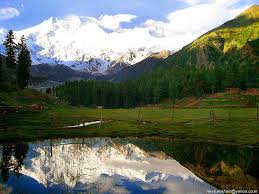 Water is essential for the survival of all living things. Without water, humans would die in a few days, crops would not grow and food would run short.

Access to clean water is as important as access to water itself. The health and economic effects of polluted water are well-documented. It leads to illness, ailment and even death. Mortality and morbidity impose costs on individuals and families which, above the direct costs of treatment and medicine, may include loss of earning and impaired productivity. The Supreme Court of Pakistan has declared, not only that the fundamental right to life includes a clean and healthy environment, but that access to unpolluted water is the right of every person wherever he lives.

The Pakistan Council of Research in Water Resources, which launched its National Water Quality Monitoring Program in 2001, documents the water quality situation throughout Pakistan and submitted its fifth and final Report in 2007.

Every major city reported unsafe drinking water. None of the water sources tested in Bahawalpur, Kasur, Multan, Lahore, Sheikhupura and Ziarat was safe for drinking purposes. All of the 22 surface water bodies evaluated in the report were found to be contaminated with colioforms and E. Coli; 73 per cent had a high level of turbidity, three had high concentrations of irons and 27 per cent showed excessive concentrations of iron and fluoride.

Approximately, 60 per cent of Pakistanis get their drinking water from hand or motor pumps (in rural areas, this figure is over 70 per cent). It is estimated that as many as 40 million Pakistanis depend on the supply of irrigation water for their domestic use.

According to a United Nations Children’s Fund study, 20-40 per cent of the hospital beds in Pakistan are occupied by patients suffering from water-related diseases such as typhoid, cholera, dysentery and hepatitis and that water-related diseases account for one-third of all deaths. According to the World Bank’s 2006 Environment Assessment, Pakistan employs Daily Adjusted Life Years (DALYs) –– the years of healthy life lost to illness and premature mortality –– as the standard measure to calculate the economic cost of environmental degradation. It finds that poor water quality in Pakistan accounts for more than 2.5 million DALYs. Total health costs are estimated at Rs114 billion or approximately 1.81 per cent of the GDP.

Effectively, none of the estimated 2,000 million gallons of sewage discharged into surface water bodies in Pakistan daily, is treated. Industrial effluent, under law, is to be regulated by environment protection agencies through self-monitoring and reporting programmes under the Pakistan Environment Protection Act but, proverbially, enforcement is lax (and made more challenging after the 18th Amendment).

The water quality situation in Pakistan is an environmental catastrophe. Untreated waste water, industrial effluent and agricultural run-off is poisoning our water and people. However, the interest in taking this issue up, enforcing the law and making a difference does not appear to exist. Common political discourse seldom rises above accusation and short-term speculation. Simultaneously, we continue to spend our money on a huge army, an un-understandable war against terror, a gaping circular debt, corrupt and inefficient public sector enterprises and roads. By God, we can throw an overhead bypass up in three months.

Winston Churchill, when asked to cut funding for the arts during World War II to aid the war effort, denied the request thus: “What else are we fighting for?” When I compare Pakistan’s water quality crisis to the lack of attention it’s getting and where priorities are otherwise set, I ask myself the same question.