The Politics of Food Labeling 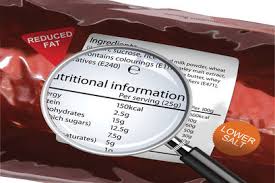 Then there’s TMI’s close cousin: utterly useless information. And that’s what DeCroce unfortunately supports in New Jersey. She backs a bill that would require all food sold in the state to carry special labels when it’s made with ordinary plants that I’ve grown for years on my New Jersey farm.

Labels specifically for food with genetically modified ingredients provide utterly useless information. They won’t deliver any benefits to consumers, but they’ll force the price of food to rise for everyone.

The good news is that New Jersey probably won’t approve the legislation, at least not in the near term. Unlike most of the country, here in the Garden State we elect our lawmakers in odd-numbered years. Most analysts don’t expect major new initiatives until after November.

Yet the bill, recently rubber-stamped by a budget committee, is part of a troubling trend. Across neighboring New England, politicians in several states are voting to label foods that contain GM ingredients. Connecticut and Maine have approved laws that will take effect if several other states join them. Vermont has also passed a bill in one of its legislative chambers.

This political activity on the state level flies in the face of established scientific evidence. Experts at the U.S. Food and Drug Administration say that food with GM ingredients is safe and perfectly healthy, so there’s no need to label. The American Medical Association and a long list of reputable groups agree.

In New England, however, sheer ignorance is starting to shape the debate. After voting for Connecticut’s law, for instance, Senate President Donald E. Williams explained his decision: “There is mounting scientific evidence showing that genetically modified foods are harmful to our health.”

I’ll give Williams the benefit of the doubt and assume that he’s a well-meaning public servant. Yet his words hardly could be more wrong. GM crops are among the most studied and best understood plants on the planet—and there’s not a sliver of real scientific data that does anything but affirm the safety of food made with GM ingredients.

Labels won’t help consumers make better decisions, but they’ll increase the cost of food because the labels aren’t free. They represent a significant new regulation on farmers and food companies. The added expense of compliance will be passed along to consumers. We’ll all pay more for what they eat at grocery stores and restaurants.

At a time when the U.S. economy is at best sputtering along in New Jersey and elsewhere, we shouldn’t pass pointless laws that make it harder for families to feed themselves.

It would be bad enough if the negative impacts of excessive labeling with information of no use to human health or safety were to stop there. Yet they’ll extract an even higher toll as they call into question the very purpose of GM technology. Consumers may begin to wonder why this food needs labels in the first place—and they may start to avoid it.

That would be a tragedy. Biotechnology lets us grow more food on less land. That’s why I grow GM crops on my farm, not far from where Assemblywoman DeCroce cast her wrongheaded vote in favor of an unnecesary labeling law.

As we struggle to feed our families in tough times—and try to find ways to feed a growing global population—we need to appreciate food grown with the benefit of biotechnology as part of the solution rather than part of the problem.

Forward-looking people should embrace GMOs, not slap them with misleading labels that will raise prices and discourage consumers.

The labels we already use on food are just right, giving us information we need to make smart choices about what we eat. Courtesy Truth About Trade .