It’s been just over a month since we installed our new metal conduit trellises and they are working out delightfully. Kat planted these boxes before I actually designed the trellis, so there are really way too many things growing up (8 square feet for one side of trellis). 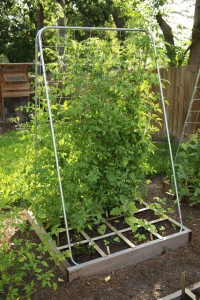 Despite the crowding, all the plants are doing well and beginning to produce. We have some cucumbers and melons on one box, but mostly these are towers of tomatoes. 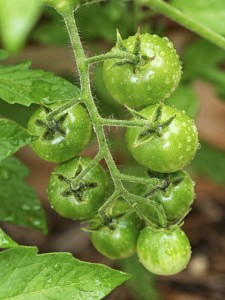 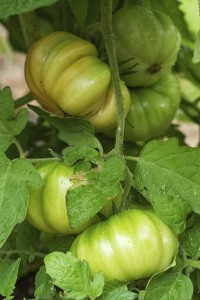 These acidic Italian heirlooms are supposed to be good for sauce. 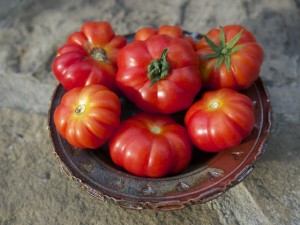 Here are some after ripening on the vine. They are prettier than they taste… 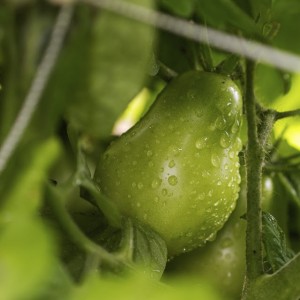 I was initially concerned about the trellis tipping over with all the weight on one side, but the a-frame design is very solid, even with no anchor into the ground. I’ve heard from one reader who shared an example of this trellis being used on stone ledge. We are now growing some pole beans on the other side of these garden boxes and we’ll put netting on the other side of the a-frame. Hopefully one half of the boxes doesn’t shade out the other.