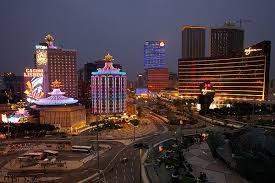 The United States has had diplomatic relations with Pakistan since the latter’s 1947 independence from the United Kingdom. The two countries’ common interest in peace and stability in South Asia has informed their relationship over the decades. In the context of the Cold War with the Soviet Union, the United States provided military aid to Pakistan to modernize its conventional defensive capability. However, the discovery of Pakistan’s program to develop nuclear weapons caused the United States to suspend military assistance in 1990.

Since 2001, Pakistan has provided assistance in counterterrorism efforts by capturing more than 600 al-Qaida members and their allies. In May 2011, the leader of al-Qaida, Osama bin Ladin, was killed by U.S. forces in Pakistan. A November 2011 cross-border incident involving the North Atlantic Treaty Organization’s (NATO) International Security Assistance Force in Afghanistan (ISAF) resulted in the accidental tragic death of 24 Pakistani soldiers. In response, Pakistan’s parliament conducted a review of U.S.-Pakistan relations and in April 2012 approved policy recommendations for revised terms of engagement with the U.S. and ISAF. The United States continues to engage with Pakistan on shared interests and seeks a bilateral relationship that is enduring, strategic, and clearly defined.

The U.S. Congress passed the Enhanced Partnership with Pakistan Act (often referred to as “Kerry-Lugar-Berman,” or “KLB,” after its co-sponsors) in October 2009 in order to demonstrate the U.S.’ long-term commitment to cooperation with the Pakistani people and their civilian institutions. Between 2009 and August 2012, the U.S. disbursed approximately $2.9 billion in civilian assistance to Pakistan, including almost $1 billion of emergency humanitarian assistance following the 2010 and 2011 floods.

U.S. civilian assistance to Pakistan is focused on five priority areas: energy; economic growth, including agriculture; stabilization, mainly of the border areas; education, and health. These areas were determined in consultation with the Government of Pakistan. The U.S. implements programs with Pakistani partners, including the Government of Pakistan and private sector actors, when practical, to increase local capacity and sustainability of efforts.

In 2009, Pakistan’s exports to all countries were estimated at $17.87 billion and its imports at $28.31 billion. In 2008, the U.S. accounted for 16% of the country’s exports and almost 5% of its imports, making it Pakistan’s second largest trading partner. Pakistan has taken steps over the years to liberalize its trade and investment regimes, either unilaterally or in the context of commitments made with the World Trade Organization (WTO), the International Monetary Fund (IMF), and the World Bank. In FY 2010, major U.S. investments were concentrated in oil and gas exploration, power, trade, construction, food, food packaging, and chemicals and petroleum refining.

Pakistan and the United States belong to a number of the same international organizations, including the United Nations, WTO, IMF, and World Bank. Pakistan is not a signatory of the Nuclear Non-Proliferation Treaty.

The U.S. Ambassador to Pakistan is Richard Olson. Other principal embassy officials are listed in the Department’sKey Officers List.

More information about Pakistan is available from the Department of State and other sources, some of which are listed here: