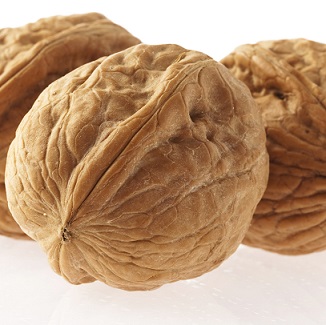 For the previous three years the Agribusiness Award went to beef and dairy companies.

WAPL has 540 hectares of walnut production in Tasmania and 1,365 hectares producing the crop in Riverina, New South Wales, making up a total of 600,000 trees.

The company, which is a subsidiary of Webster Limited, has another 100,000 trees in these locations through joint ventures.

The company claims that once mature, its orchards will produce 11,000 metric tons (MT) of in-shell walnuts annually.

Trade and Investment Minister Andrew Robb gave his congratulations to all the winners.

“Their international success enhances our overall economic diplomacy. They represent the vanguard of Australia’s international businesses and the awards recognise that,” Robb said.

In other aspects of the country’s horticultural trade, Australian Horticultural Exporters’ Association (AHEA) executive director Michelle Christoe told www.freshfruitportal.com the nation shipped more than 90 fresh fruit and vegetable products to more than 60 countries, with a value of AUD$672 million (US$610 million) in 2012-13.

While improved access to the Chinese market has been a substantial benefit for Australia’s horticultural exporters, with the citrus industry alone sending 400 containers of fruit to the regional power this year, relations have soured with its closest neighbor Indonesia due to a phone-tapping scandal.

“Effective Trade is all about relationships. The coming week will be crucial to creating a positive relationship with Indonesia,” Christoe said on Monday.

“Indonesia is an important partner in horticulture trade with it being the second largest market for grapes and the largest for seeded, red globe grapes.

“Fortunately, Australia is in between seasons and has seen little effect to date other than a few difficulties in processing Certificates of Origin. The Citrus season has just finished and grapes and cherries have yet to start.”