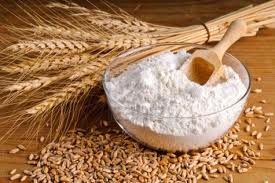 Wheat is an important staple crop of the country. Although sown on a large area, there have been crises of short crop in the country whenever the support prices fixed were not considered profitable by the farmers.

The country seems to be moving towards a wheat crisis following an apparent shortage of the commodity in the market which has led to an uprising in the prices.
The situation has arisen in the wake of shortfall in the production of wheat. The shortage occurred mainly due to Punjab’s failure to meet its initial target for 2013 crop of 19.2 million tonnes whereas the province harvested a mere 17.5 million tonnes.
Khyber Pakhtunkhwa produces about one million tonnes of wheat annually on its own, but its total annual consumption comes to 3.9 million tonnes. The balance (2.9 million tonnes) is met through supplies from other provinces or through imports.
The province has been badly affected by the lower production of wheat in Punjab province. For the current wheat season, Khyber Pakhtunkhwa had set a procurement target of 0.4 million tonnes of wheat from Punjab to meet its requirements. The Khyber Pakhtunkhwa Government has allocated Rs. 2.5 billion for subsidy on purchase of wheat for the financial year 2013-14.
According to a report of the Food and Agriculture Organization (FAO) of the United Nations, Pakistan has the potential to increase its wheat production by over 10 million tonnes annually which is about 30 to 50 percent higher than the country’s production level.
The relatively low yields are most likely a result of inadequate irrigation infrastructure and insufficient access to/use of farm inputs. According to FAO estimates, annual wheat production in Pakistan could increase to 32.5 to 38 million tonnes per year than the 2009 production level assuming maintenance of the current wheat area harvested of 9 million hectares; and (ii) realization of 60 to 70 percent of the total potential wheat yield attainable in the country’s agro-climatic conditions.
News Source
Courtesy app.com.pk
Tweet