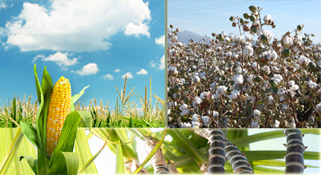 The Met Office has warned the farmers of pest and viral attacks on sugarcane and other standing crops following the expected monsoon rains in the upcountry.
“Pest/viral attacks and more weeds growth are expected after monsoon rains in sugarcane and other standing crops in upper parts of the country,” said the office in its farmers’ advisory ending on July 20. It advised the farmers to take timely measures.
Farmers should schedule crops irrigation in line with the forecast on expected rainy spell, the office said, adding the rainfall after irrigation may cause leave fields of standing crops waterlogged, including maize, sugarcane and cotton.
It advised the farmers to take precautionary measures to protect their standing crops, livestock and property during the expected heavy rains in the coming days.
It said light to moderate rainfalls at isolated places was expected over most of the agricultural plains of Punjab in the next few days. In Sindh, it said, mainly dry weather was expected.
However, it said, light rainfall was likely to hit lower parts of the province, including Karachi, Thatta etc.
In Khyber Pakhtunkhwa, it forecast heavy rainfall at isolated places over most of the agricultural plains of the province in the next few days.
It said weather in Balochistan was expected to remain mainly dry. In Gilgit-Baltistan, it said, mostly cloudy weather with light to moderate rainfall over hills was expected in most parts of the province.
Weather in Kashmir is expected to remain mostly cloudy with light to moderate rainfall over hills and in isolated parts of the valley, it said.
Tweet