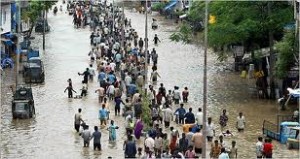 At least 900 residents, pilgrims and tourists died in floods and landslides in the mountainous state on June 15-16, following heavy monsoon rains. Officials estimate that 500,000 people in 4,200 villages were affected by the disaster.

Reaching thousands of survivors in villages was proving to be a problem due to damaged roads.

Residents of the remote Narayangar village were cramped into rooms at a school that serves as a makeshift shelter.

“We need food and clothing urgently. How are we to survive?” a woman told broadcaster NDTV.

More than 1,300 villages were still inaccessible and 700 roads linking them that were destroyed would be rebuilt by the end of the month, Uttarakhand disaster management chief Bhaskar Joshi said.

“The task of rebuilding lives and damaged infrastructure is a sustained exercise. It will continue for months,” Joshi said.

The region is in the middle of the monsoon season and more heavy rains were forecast from Thursday.

An estimated 3,200 people were officially confirmed as missing. Authorities say the exact number of deaths may never be known.