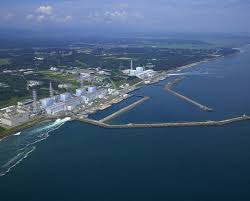 As 300 tons of contaminated water flow daily into the Pacific from the crippled Fukushima nuclear plant, Japan’s government is working in crisis mode to make sure the leak, which the Tokyo Electric Power Company (TEPCO) has failed to contain, is sealed.

Recent shocking reports confirmed by government officials have revealed that for two years since the March 2011 earthquake that triggered the Fukushima disaster, hundreds of tons of groundwater running under the damaged power plant are being mixed with toxic water used to cool its reactors and then leak into the Pacific Ocean.

Officials and the public have lashed out at the Fukushima operator TEPCO for failing to cope with and report on the situation, which the country’s nuclear watchdog NRA has described as an “emergency.”