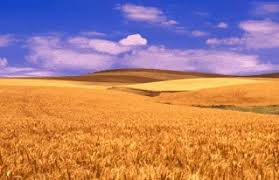 Wheat procurement to start in Punjab on May 1

ISLAMABAD :-
Procurement of wheat in Punjab will start on May 1 for maintaining stocks along with strategic reserves to meet domestic requirements of the country. The federal government has approved procurement of about 7.91 million tons of wheat as a bumper crop is expected in the country this year, said Chief Agriculture Policy Institute Abdul Rauf Chaudhry while talking to APP here on Wednesday. 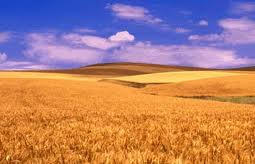 Wheat procurement to start in Punjab on May 1

The provincial food departments and the Pakistan Agriculture Storage and Services Corporation (PASSCO) have been given the task to procure wheat from the growers at official fixed rate of Rs 1,250 per 40 kg, he added.
Wheat harvesting is in full swing in Sindh where its procurement started on April 15 and is expected to continue till end of next month, he said.
He said that the Food Department Punjab would procure about 4.5 million tons, Sidnh 1.3 million tons, Khyber Pukhtunkhwa 0.4 million tons and Balochistan 0.11 million tons wheat.
Abdul Rauf said that the Punjab Government would start distributing bags from April 25 and procurement from May 1 while the KP would initiate its campaign by mid of next month as harvesting would take some time in the province due to weather conditions.
The PASSCO has set up 200 centers across the country for procuring wheat, he added.
Fifteen tehsils of Punjab have been selected and divided in nine zones including Hafiz Abad, Pakpatan, Bahwal Nagar, Veharri, Khanawal, Lodhran, Layya, Alipur and Muzaffargarh and centers have also been established in Khanpur tehsil of Rahimyar Khan district, he added.
He said that the Sindh province had been divided in 11 zones while procurement centers were established in Khairpur, Nawabshah, Sarkarund, Nosharo Feroz and Hyderabad. One zone each had been set up in Dara Alahyar area of Balochistan and Charsada in Khyber Pakhtunkhwa, he added.
He said that all the logistic arrangements had been finalized for wheat procurement, including provision of bags to the growers.
The government has decided to provide eight bags per acre to farmers to sell their output after the approval of revenue department, he added.
He said that crop sowing in Punjab was increased by 0.84 per cent as during the current Rabi season as compared to the last year where wheat was cultivated on about 6,537.1 thousand hectare of land against 6482.1 thousand hectares last year.
In Sindh, wheat was cultivated on over 1,059.1 thousand hectare against 1,049.2 thousand hectares last year with 0.94 percent increase, he added.
The API chief said that the major Rabi crop also witnessed increasing trend in Khyber Pukhtunkhwa where it was cultivated over 729.3 thousand hectare of land showing increase of 0.1 percent over last year.
In Balochistan, he said that crop sowing decreased from 388.4 thousand hectares last to 362.0 thousand hectare added.